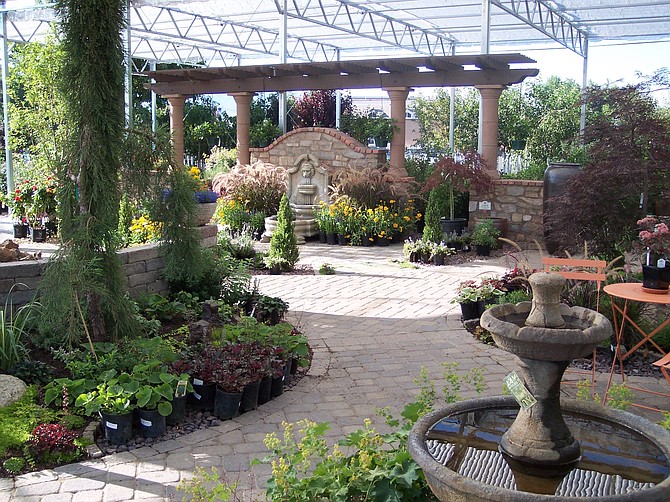 A look at some of the demonstration gardens at Moana Nursery’s garden center on South Virginia Street in Reno. The company saw a 30% increase in business in 2020 as more homebound customers have turned to gardening during the pandemic. Courtesy Photo