EDAWN's Kazmierski: 'It takes a quality education system to really grow the economy' 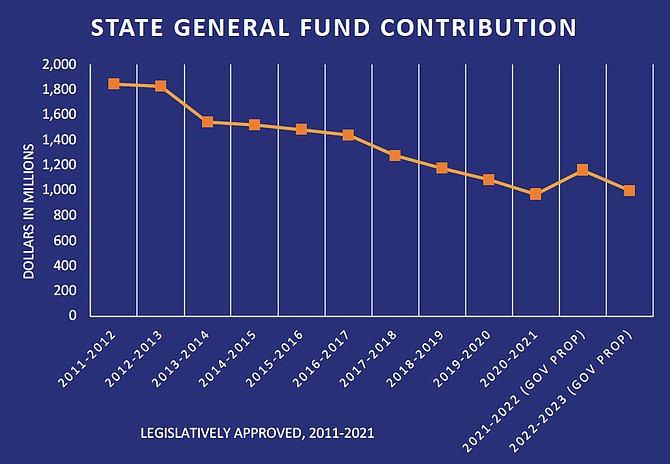 According to Educate Nevada Now's final report, the amount of money the state contributes from its general fund to K-12 education has steadily decreased over the years, saying that, "taxes passed in the name of education, do not always mean more funding for schools." Go to empowernevadasfuture.org to learn more. Courtesy: Educate Nevada Now