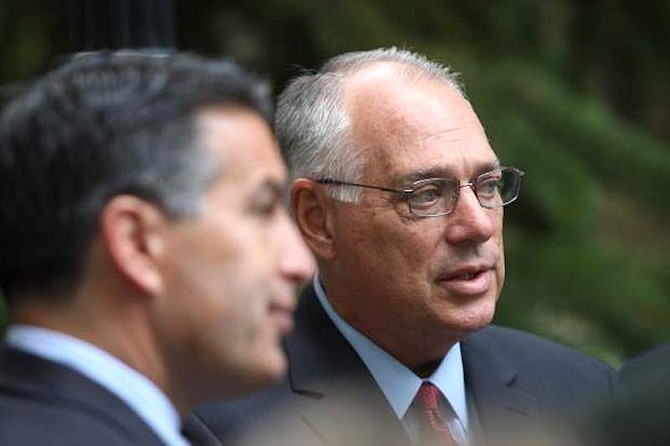 In this 2013 file photo, Rob Hooper, right, executive director of the Northern Nevada Development Authority, and Gov. Brian Sandoval answer questions on the economic impact of new businesses moving into the state.