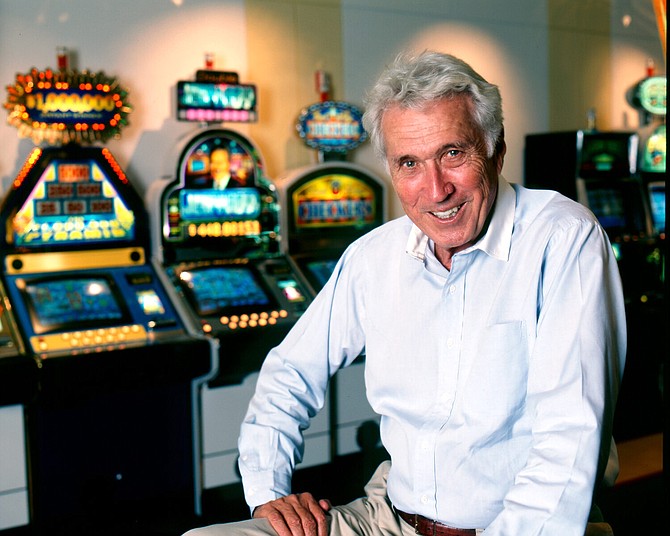 Former IGT Chairman and CEO Chuck Mathewson at the company's showroom in a 2008 photo. Photo: IGT