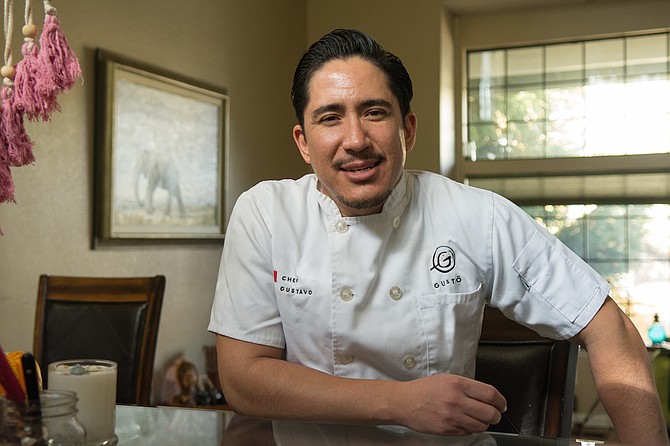 Gustavo Velasco poses for a portrait at his home in Reno on Oct. 25, 2021. Photo: David Calvert / The Nevada Independent