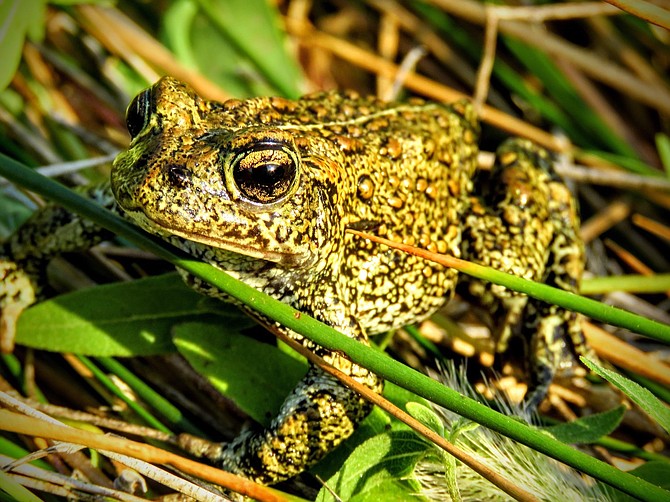 RENO – In a highly unusual move in a legal battle over a Churchill County geothermal power plant and an endangered toad, the project's developer is now asking a judge to allow it to scale back by 80% the original plan U.S. land managers approved last November.

The U.S. Bureau of Land Management and Ormat Technologies both filed requests to put the case on hold, citing the U.S. Fish and Wildlife Service's listing of the Dixie Valley toad in April as endangered on a temporary, emergency basis.

“Significant factual developments have fundamentally changed the nature of this litigation,” government lawyers wrote Oct. 27 in a formal motion to stay the case in federal court in Reno.

Ormat joined the request in a filing Oct. 31, agreeing the “legal landscape” had changed with the temporary listing of the toad – something the agency has done on an emergency basis only twice in the past 20 years.

The toad lives in wetlands adjacent to the project about 100 miles east of Reno. Environmentalists and a tribe fighting the project say pumping hot water from beneath the earth's surface to generate carbon-free power would adversely affect levels and temperatures of surface water critical to the toad's survival and sacred to the Fallon Paiute-Shoshone Tribe.

The company said it wants to revise its original plans for two power plants capable of producing 60MW of electricity and instead build a single 12MW facility.

The Center for Biological Diversity, which petitioned for the listing and sued to block the project, intends to oppose the request. Its formal response is due Nov. 9.

“What BLM is proposing would be extremely unusual,” Patrick Donnelly, the center's Great Basin director, told The Associated Press. “Projects are usually evaluated on their own merits as standalone proposals, not carved up to meet the demands and timeframe of a developer.”

The case already made one trip to the 9th U.S. Court of Appeals and appeared likely to eventually return on its current legal path.

On Aug. 1, the San Francisco-based appellate court refused to halt the project. But later that day, Ormat agreed to cease construction until Jan. 1, 2023. The Reno-based company later agreed to suspend all work into February.

The toad's listing triggered requirements that the bureau consult with the Fish and Wildlife Service to ensure Ormat's mitigation plan won't harm the toad or its habitat in violation of the Endangered Species Act.

“While the BLM and Ormat have always maintained that the ... project and its (mitigation) plan are sufficient to avoid, minimize or mitigate impacts to the toad and its habitat regardless of the species' listing status, the listing kicked off a mandatory and intensive consultation process with the service,” Ormat's lawyers wrote Monday.

Ormat understands construction and operation of a smaller project under an amended decision record would be contingent on BLM's compliance with the act and that any subsequent proposal to expand the project beyond the single power plant would require a separate review process, they said.

BLM said in its Oct. 27 filing it would expedite review of the revised plan and would anticipate submitting a biological assessment of the proposal by March 31 to the FWS, which indicated it could determine by August 2023 whether the plan complies with the act.

Donnelly said Ormat and the BLM effectively want the agency to approve the scaled-back version of the project before completing the mandatory consultation.

“We argue this is illegal – putting the cart before the horse, since they don't know whether FWS will approve of the project or not,” he said. He said the group's objections would remain the same “even for a facility one-fifth the proposed size.”

Donnelly said the request for a stay suggests “Ormat is desperate to avoid a judge ruling that geothermal energy is likely to impact adjacent surface water sources.”

“No judge has ever done so before,” he said. “The precedent would be huge – a watershed moment in the permitting of geothermal energy projects, where BLM would be forced to confront the reality head on, that geothermal energy is dangerous for hot spring ecosystems.”