NAMI offers help to mentally ill and their families 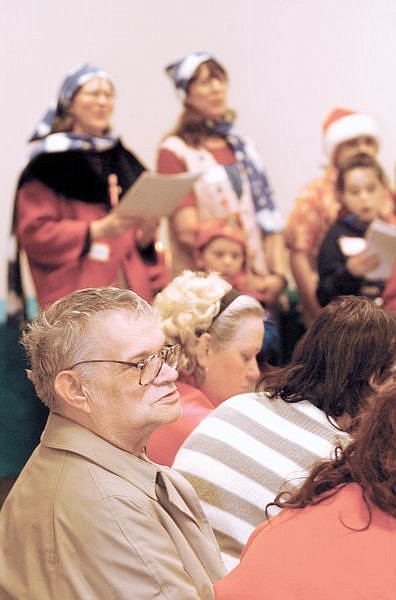 Gerald Harris listens to Christmas carols by the Home Schoolers Choir at the Nevada State Library and Archives Tuesday Evening during a Christmas dinner for the National Alliance for the Mentally Ill. NAMI members received gifts from anonymous donors. Photo by Rick Gunn