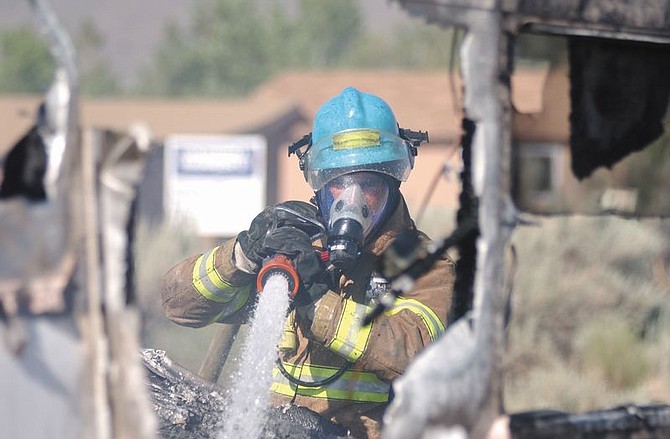 Photo by Brian CorleyCarson City Firefighter, Jim White, sprays water on a trailor that burned in South Carson on Monday afternoon. The trailor and all of its items are believed to be a total loss.