Trucks tossed around in Washoe wind 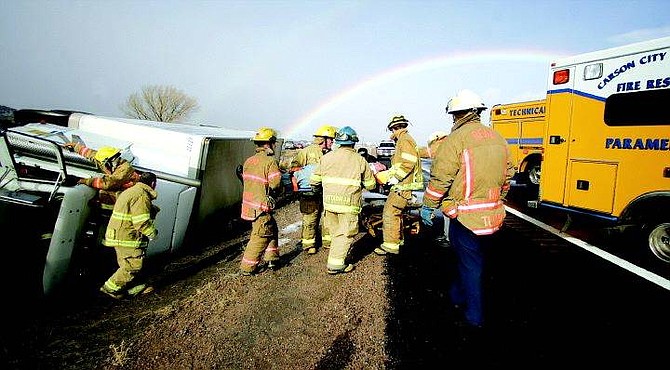 Brad Horn/Nevada Appeal Rescue crews from Carson City and Reno transport an unidentified truck driver from his tractor trailer cab into an emergency vehicle on Old U.S. 395 in Washoe Valley after an accident seriously injured one man Wednesday. Highway 395 and Old U.S. 395 were both closed from about noon because of strong winds.