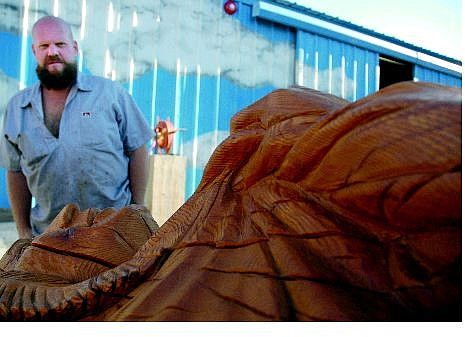 Kevin Clifford/Nevada Appeal Master sculptor Matthew G. Welter looks at his Washoe Indian Woman sculpture Friday at Timeless Sculptures as a crane crew prepares to move the 4-ton, 16-foot tall sculpture onto a flat-bed truck. Welter has been working on the sculpture for two years. It is expected to last 200-300 years.