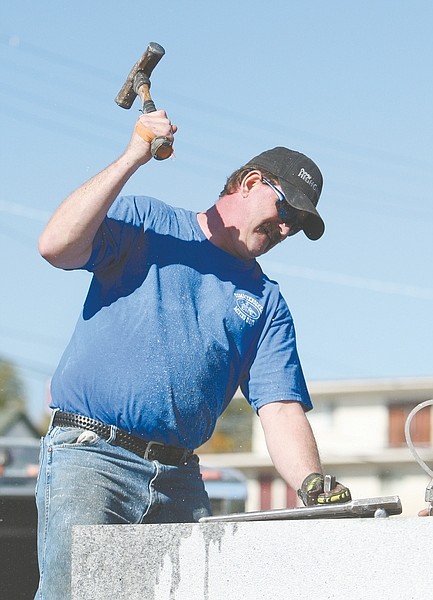 Jim Grant/Nevada DayRich Thomas uses a hammer and bit to drill a hole more than eight inches deep into a slab of granite at the annual single-jack rock drilling Contest on Saturday. For more photos to go to nevadaappeal.com/photos.