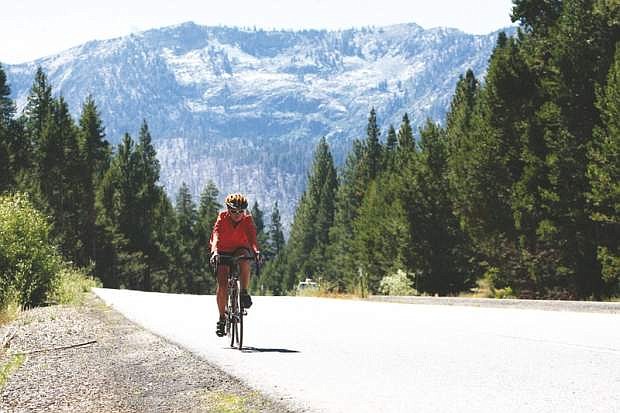 A bicyclist rides east on Lake Tahoe Boulevard in 2011.