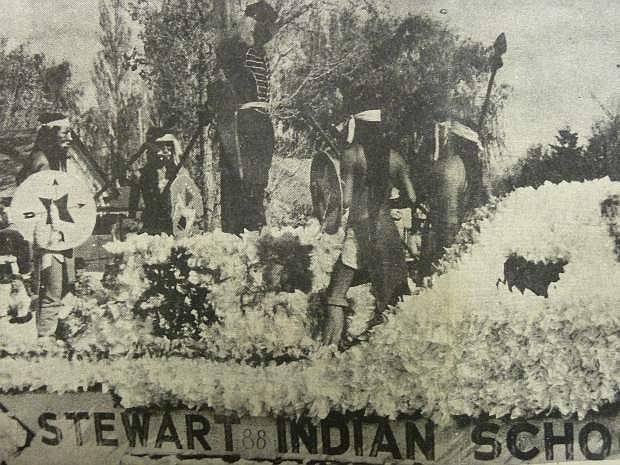 From the Nevada Appeal on Nov. 1, 1962: Stewart Indian School received a special award for best in conformity and also the first prize in the Indian entry division. About 150 entries were seen in the three-hour-long parade.