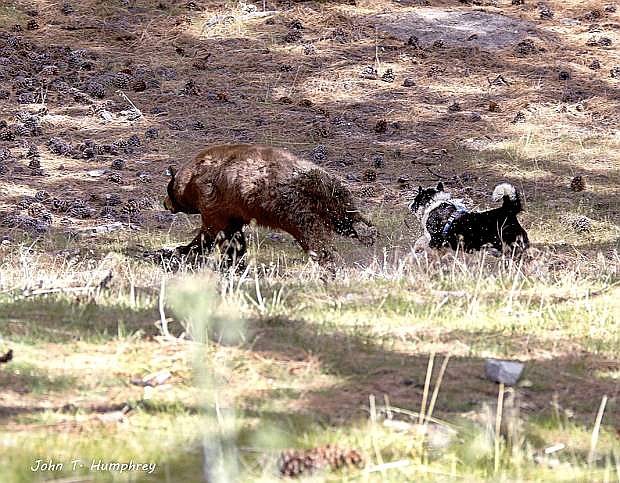 A bear runs from a Karelian bear dog in Jacks Valley on Thursday morning.