Carson Station going to the Max 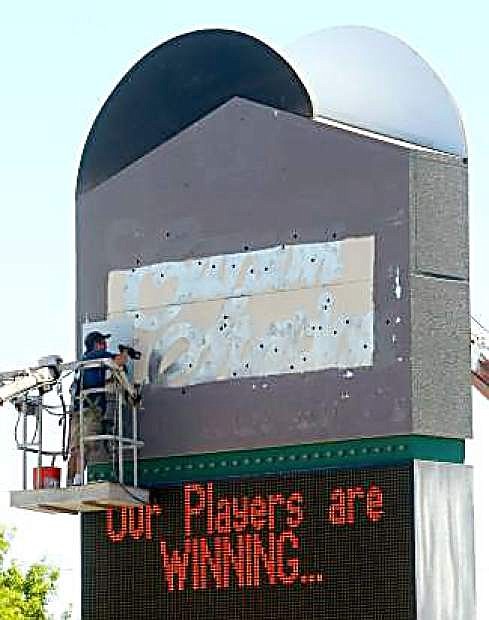 Workers paint over the former Carson Station logo to create new signage for the Max.