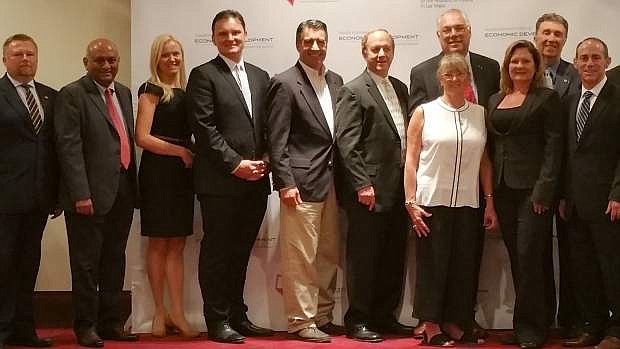 Governor Sandoval with the Nevada delegation in Warsaw, Poland.