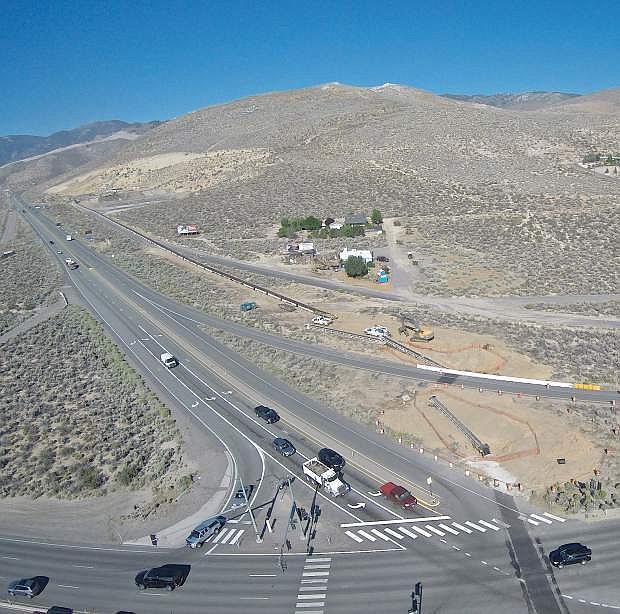 An aerial view of a 2,800 foot conveyer belt system that has been assembled to haul 750,000 cubic yards of dirt up Spooner Summit.