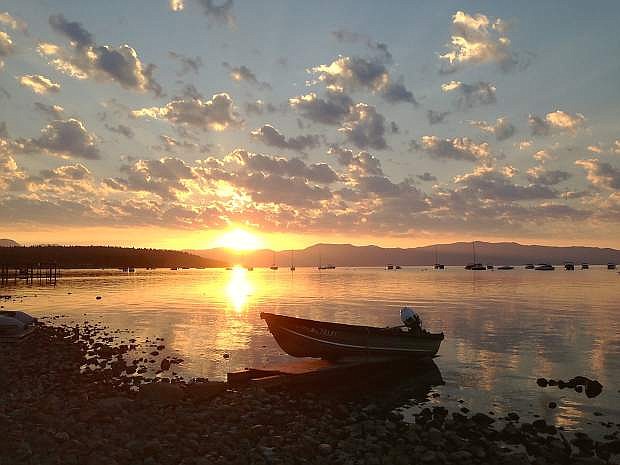 The sun rises over Lake Tahoe, as seen from Commons Beach in Tahoe City on Aug. 10. The 2015 Lake Tahoe Environmental Summit in Zephyr Cove will cover a variety of issues pertaining to Lake Tahoe on Monday, Aug. 24.