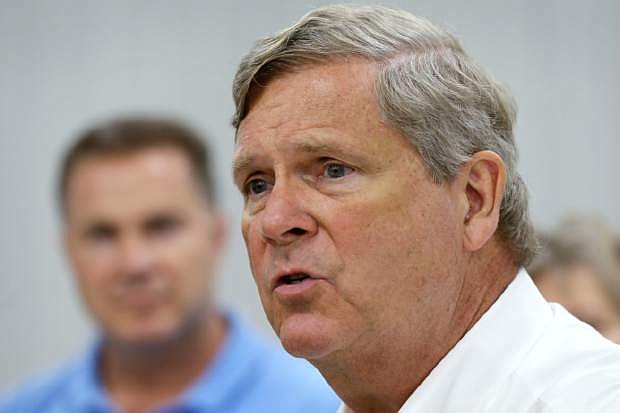 FILE- In this Aug, 22, 2014, file photo, U.S. Agriculture Secretary Tom Vilsack, right, speaks during a news conference at the Iowa Choice Harvest in Marshalltown, Iowa. Vilsack said his agency plans to spend more than $200 million over the next three years on programs to protect greater sage grouse, regardless of whether the bird receives federal protections. A formal announcement was planned Thursday, Aug. 27, 2015. (AP Photo/Charlie Neibergall, File)