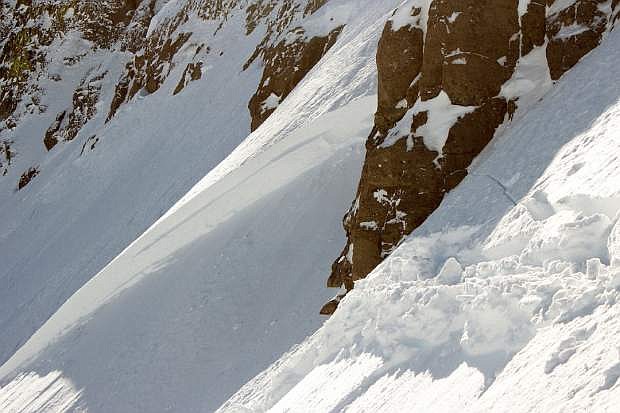 Witnesses reported a backcountry skier-caused avalanche (pictured) on Elephants Back near Kirkwood Mountain Resort earlier this season. Avalanche risk is expected to be &quot;considerable&quot; through the weekend following this week&#039;s storm.