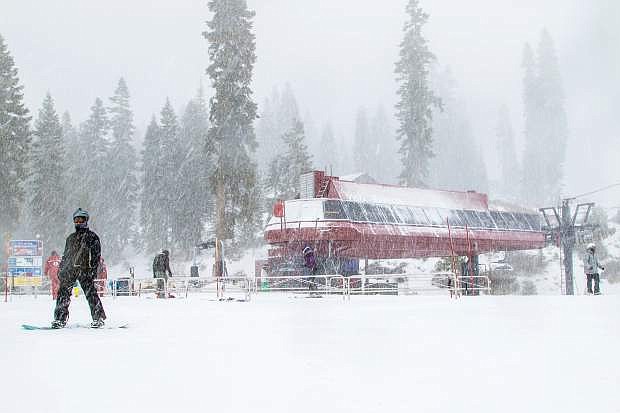 A Wednesday, Nov. 24, storm drops a fresh coat of snow on Northstar California Resort. More snow is expected for the Tahoe Basin this week.