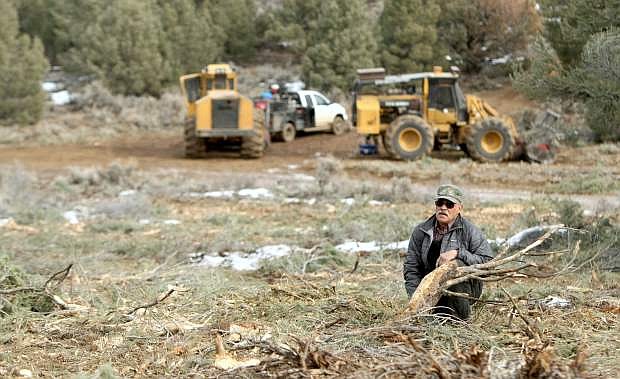 Tom Bettencourt is concerned about a tree-thinning operation going on along Sunrise Pass Road in the Pinenuts.