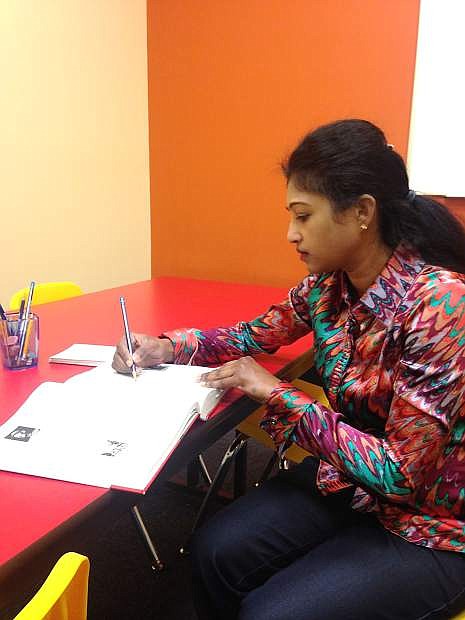 Priya Mani studies a book, at the Reno Best in Class franchise, she co-manages with her husband, Mani.