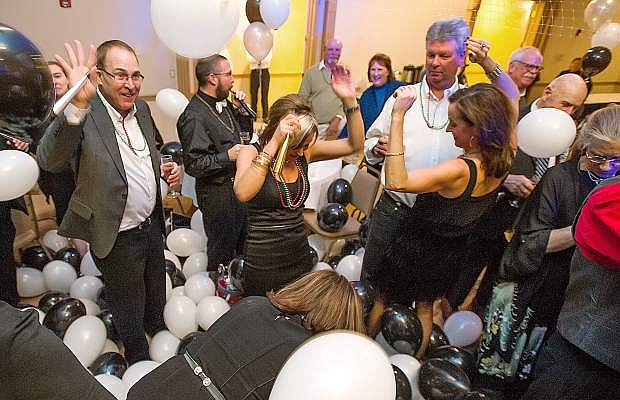 Partygoers dance at the Friends of the Library New York New Year&#039;s Eve Celebration in Carson City, Nev., on Wed., Dec. 31, 2014. Tickets for this year&#039;s event are available at the Browsers Bookstore.