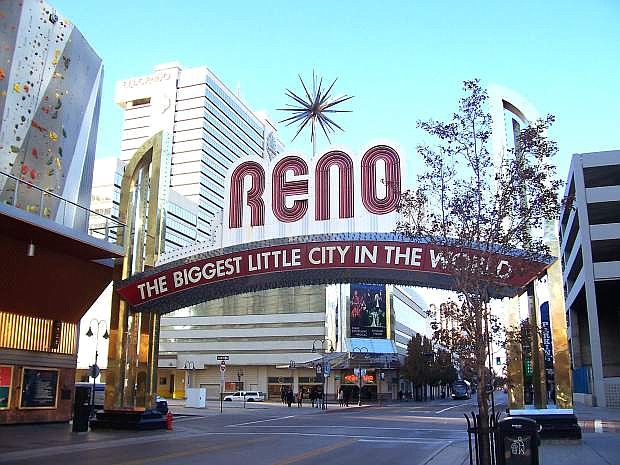 The casino corridor in Downtown Reno is seen through the iconic Arch.