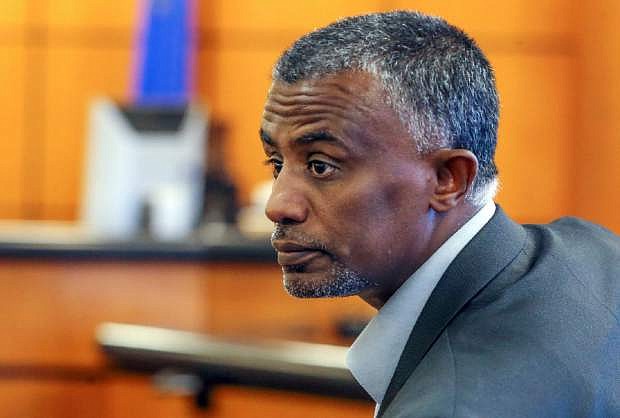 FILE - This Dec. 2, 2015 file photo shows Fanuel Gebreyes, who is fighting to maintain life support for his 20-year-old daughter Aden Hailu, in Washoe County District Court in Reno, Nev. The court fight over a Reno hospital providing life-support for Hailu goes back to court Tuesday, Dec. 29, 2015, for arguments about standards for brain death and tests to prove it. (Cathleen Allison/Las Vegas Review-Journal via AP, Pool, File)