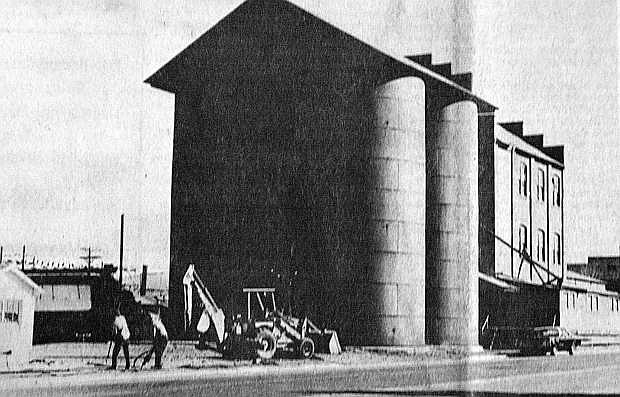 SCALES in front of the Minden Flour Milling Company on railroad Avenue are being moved by workmen for the Dangberg Land and Livestock Co.