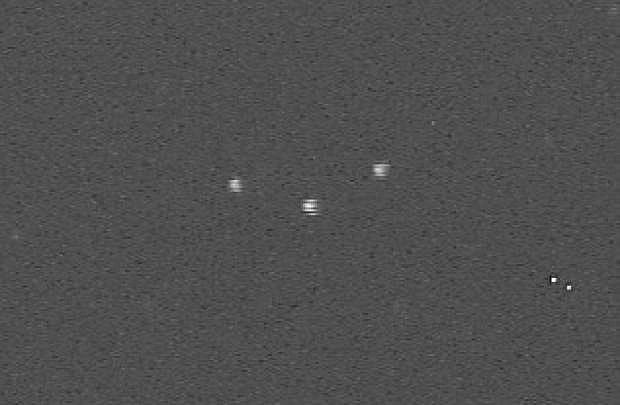 Red Sumner of the Jack C. Davis Observatory at Western Nevada College produced this still photo of the 2004 BL86 asteroid (first star from left) last Sunday night, as the asteroid came within 745,000 miles of Earth.