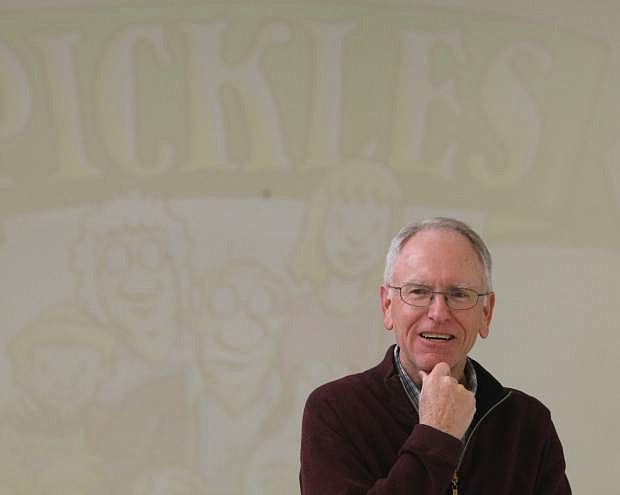 Brian Crane talks about his comic strip at the Carson City Community Center on Tuesday.