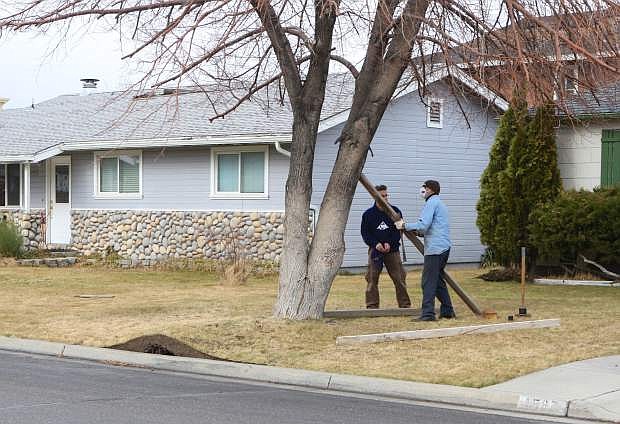 A couple of unidentified men prop up a tree that is pulling up the grass alongside the curb and threatening a house on Mono Ave. in Gardnerville.