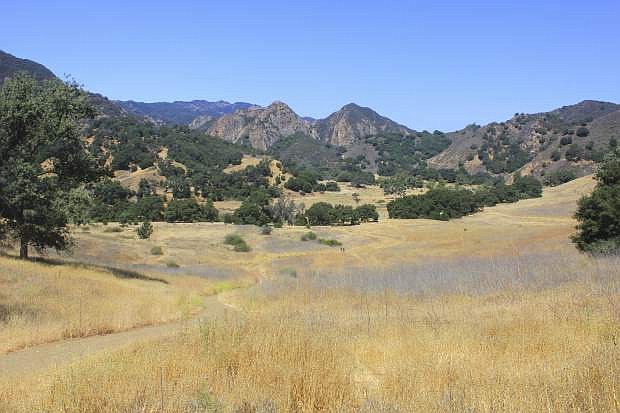 FILE - This July 1, 2018 file photo shows the the Grasslands trail at Malibu Creek State Park near Calabasas, Calif., following a relatively dry winter and several years of drought. In 2019 California is experiencing a series of winter storms that have drenched the state and covered its mountains with snow. (AP Photo/John Antczak, File)