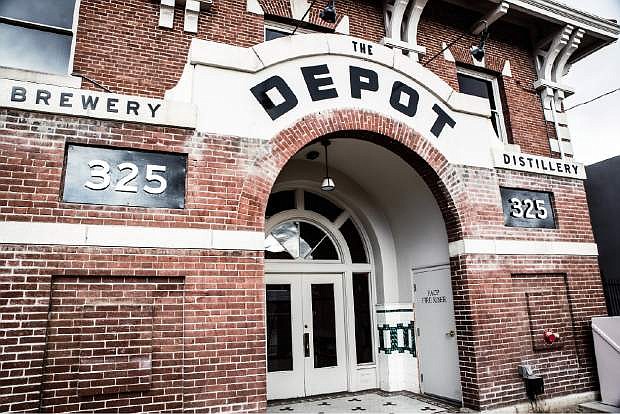 The front of The Depot facing Fourth Street. In a previous life the building was the Nevada-Oregon-California Railroad Depot that opened in 1910 and closed in 1917.