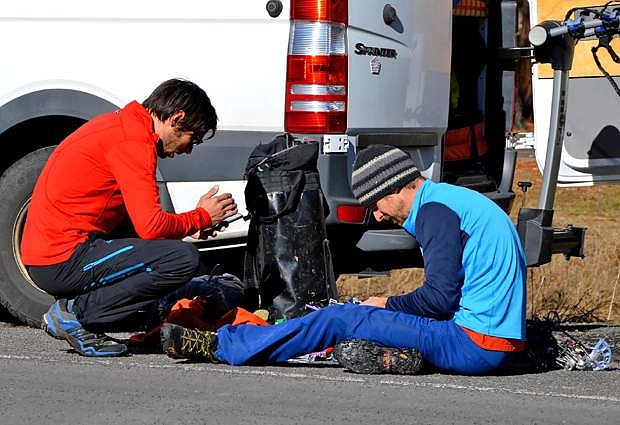 In this Dec. 27, 2014 photo, Kevin Jorgeson, 30, of Santa Rosa, Calif., left, and Tommy Caldwell, 36, of Estes Park, Colo., prepare their climbing gear before beginning what has been called the hardest rock climb in the world: a free climb of a El Capitan, the largest monolith of granite in the world, a half-mile section of exposed granite in California&#039;s Yosemite National Park. Tom Evans, a climber and photographer, has been chronicling Jorgeson and Caldwell, as they scale their way using only their hands and feet. (AP Photo/Tom Evans, elcapreport)