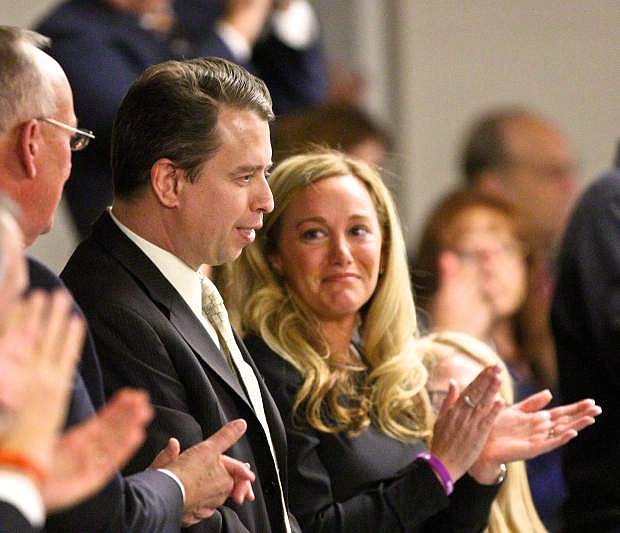 Former Washoe County School Superintendent Pedro Martinez receives a standing ovation from the audience upon announcement that the Governor has asked him to be Superintendent In Residence at the Nevada Dept. of Education.