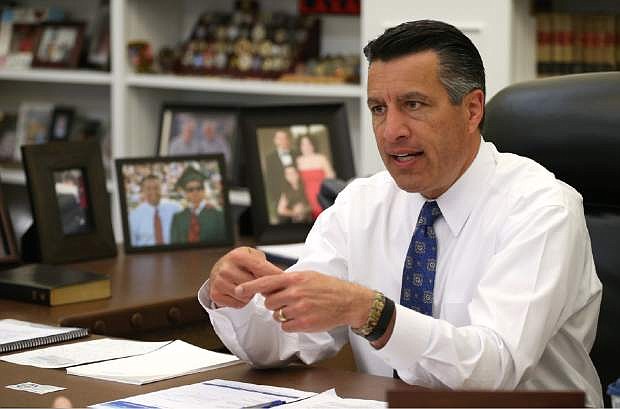 FILE - In this April 17, 2015, file photo, Nevada Gov. Brian Sandoval sits in his office at the Capitol in Carson City, Nev. Sandoval is heading out on a trade mission to Europe including England, Ireland, Germany, Poland and Italy. (AP Photo/Cathleen Allison, File)