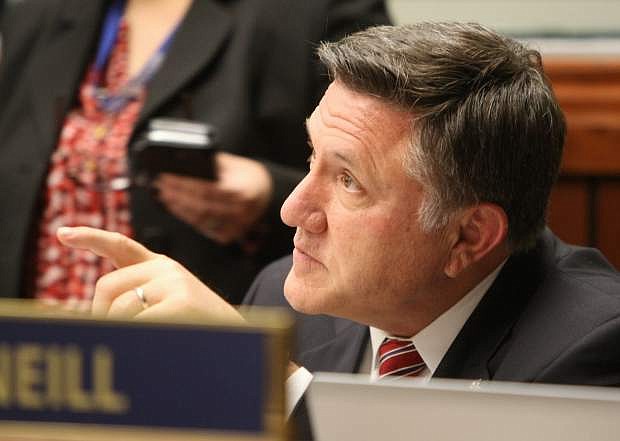 Assemblyman PK O&#039;Neill attends the last day of the 2015 Legislative session on Monday.