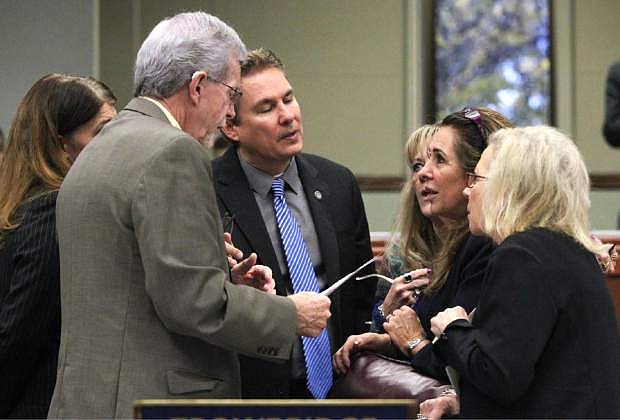 Nevada Assembly Republicans, from left, Shelly Shelton, Glenn Trowbridge, Brent Jones, Jill Dickman, Victoria Seaman and Victoria Dooling talk on the Assembly floor at the Legislative Building in Carson City, Nev., on Friday, May 22, 2015. Lawmakers work Friday to vote dozens of bills out of the Senate and Assembly as they face down a major deadline. (AP Photo/Cathleen Allison)