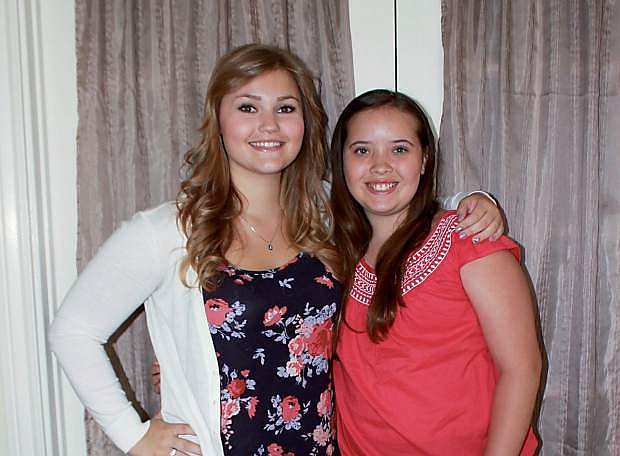 Heidi Ryan (right) stands with her math tutor Megan Tingle. Tingle has been collecting donations from the community for Ryan to go see a Lyme disease specialist.