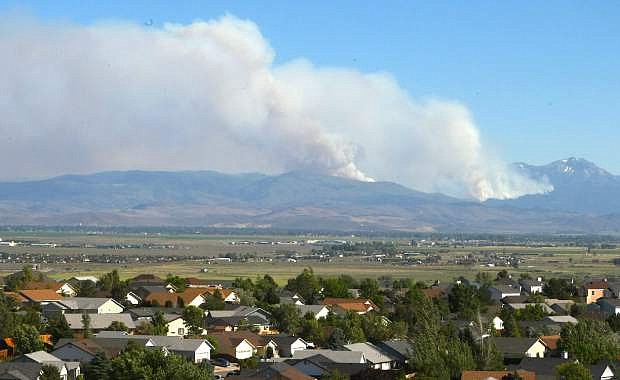 The Washington fire burning in Alpine county is photgraphed from above the Sunridge subdivision.