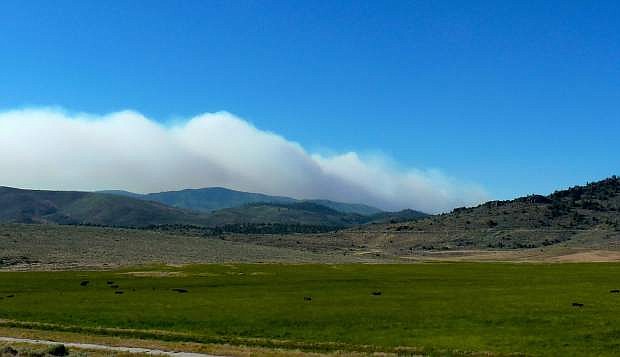 Smoke rises over Diamond Valley on Sunday morning as the Washington fire continues to burn. Gusty winds have already picked up in Alpine County and are expected to continue into the night.