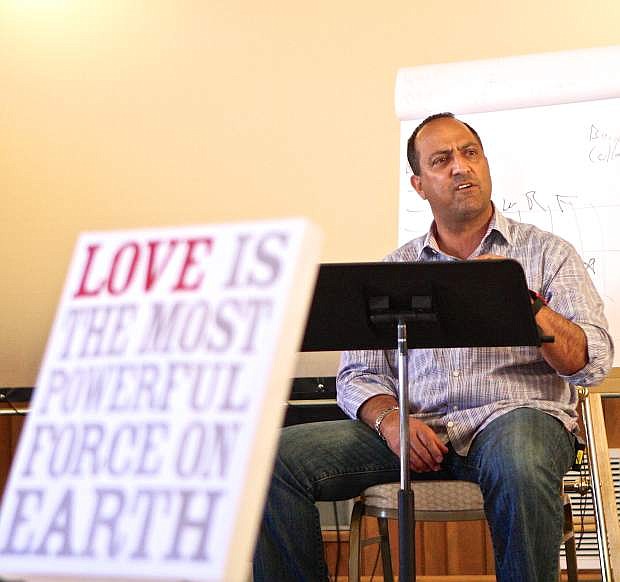 Ian Hill continues to speak Friday at the Brewery Arts Center. He has been speaking for over 36 hours in an effort to break a world record and raise money for CPAC-Soccer. He plans to speak until 9 a.m. this morning.