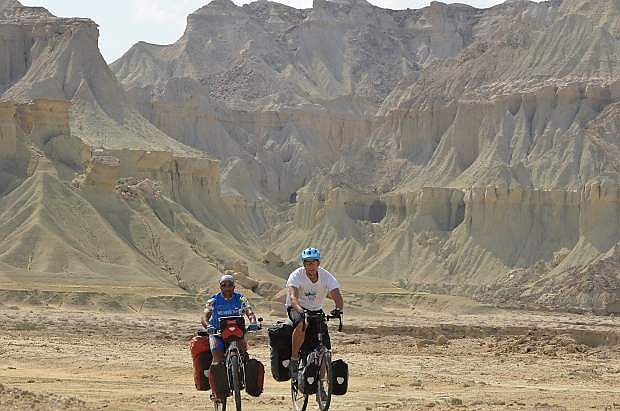 Mohammad Tajeran and Rick Gunn ride their bikes across Qeshm. The two are collaborating on a TEDx Talk in Iran next month.