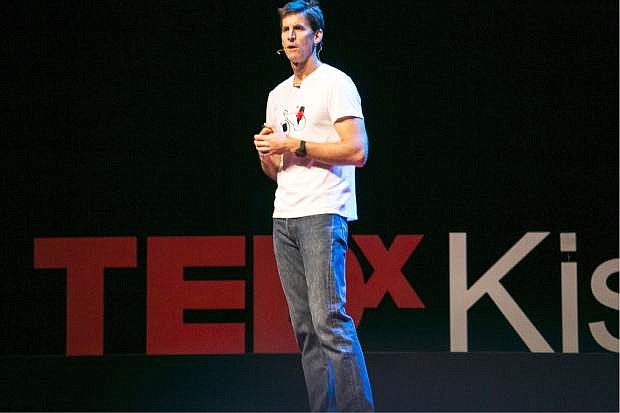 Rick Gunn speaks in front of roughly 700 people during a TEDx talk in Kish, Iran about peace between Iranians and Americans.