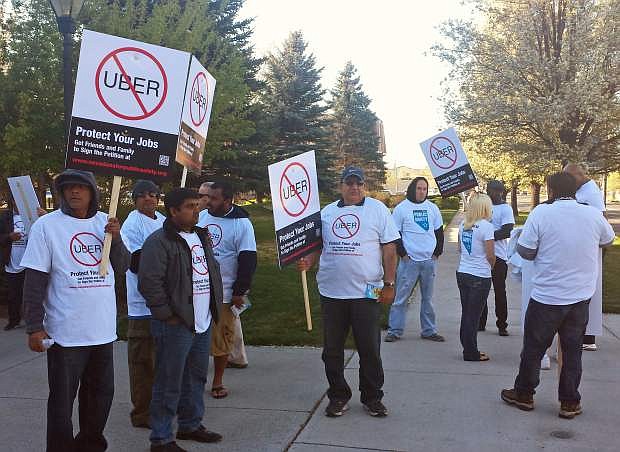 Demonstrators protest against ride-hailing company Uber in Carson City, Nev., on Monday, March 30, 2015. Nevada lawmakers are considering bills that would create regulations specific to companies like Uber and Lyft, but cab companies decry them as &quot;special treatment.&quot; (AP Photo/Michelle Rindels)