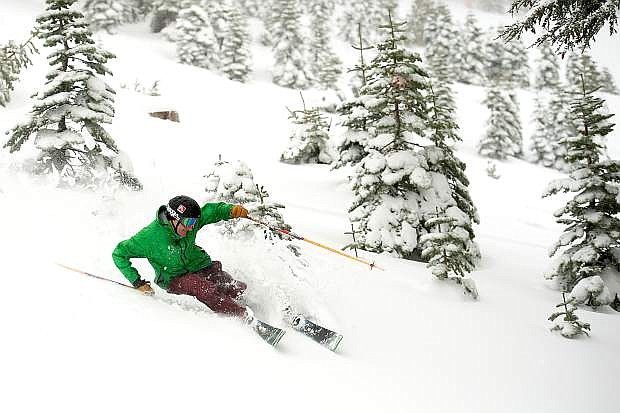 Larry Segal enjoys new snow at Squaw Valley in early December 2014, after the resort received nearly 2 feet of snow up top. It marked the only significant storm of the 2014-15 season.