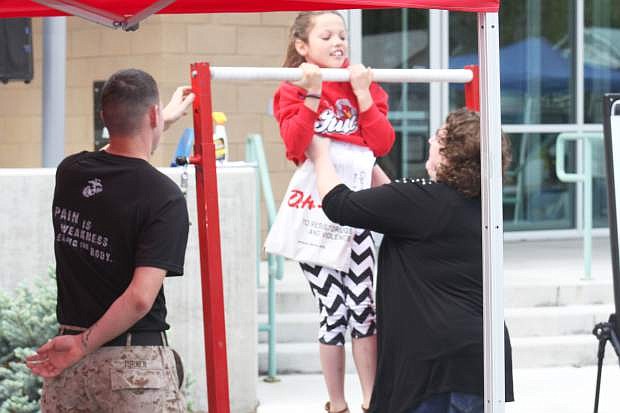 A Cops and Kids attendee tries to do a pull up at the Marine tent Saturday. The Marines were there to promote their organization at the event and interact with the community.