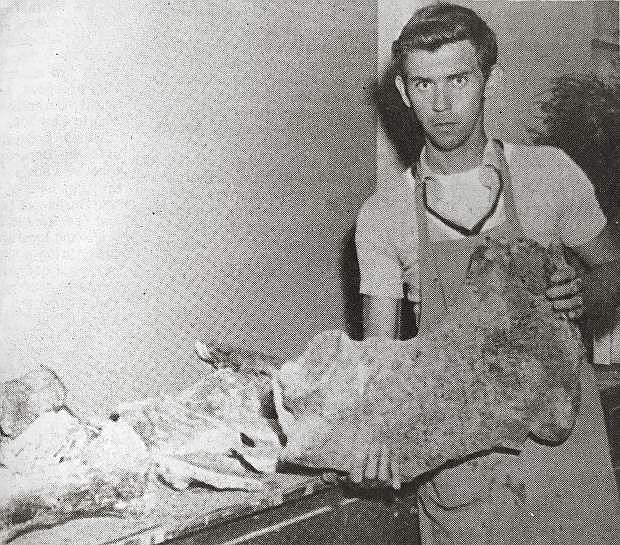 DAVID GRAY of the Nevada State Museum holds the 30-pound mastodon bone, which he says may be as old as one million years, found recently 20 miles north of Lovelock by Ben Hunt of Winnemucca. A number of other pieces were found at the site also, and are now being prepared for exhibition at the museum.