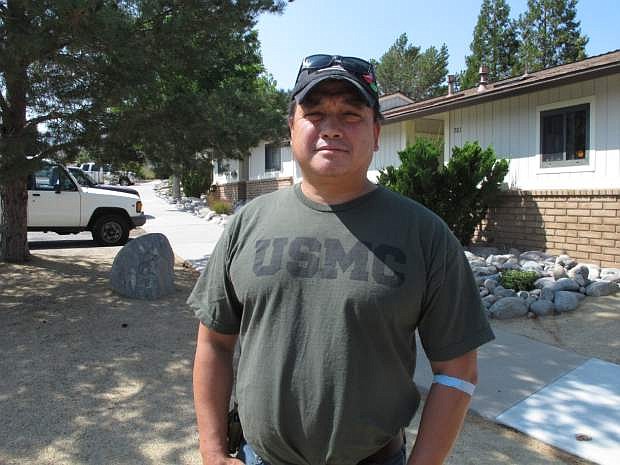 Joaquin Roces, 49, poses for a photograph on Sept. 1, 2015, in front of his home on the north edge of Reno, Nev., where he&#039;s threatened with eviction after losing his job of 5 years with the Reno Housing Authority. The disabled U.S. military veteran has filed a lawsuit in U.S. District Court in Reno accusing the authority of violating federal labor laws and firing him in retaliation for complaining about unpaid wages. (AP Photo/Scott Sonner)