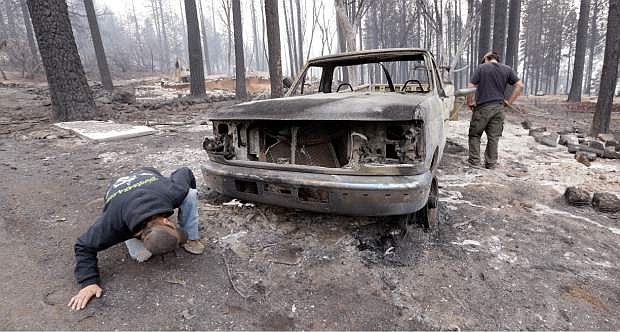 Joel Miller looks under the remains of the pickup truck of his son-in-law, Adam Bailey, right, next to the still-smoldering remains of Bailey&#039;s home Monday in Cobb, Calif. Bailey escaped the flames with his baby Saturday, just before flre roared through the neighborhood of about two dozen homes.