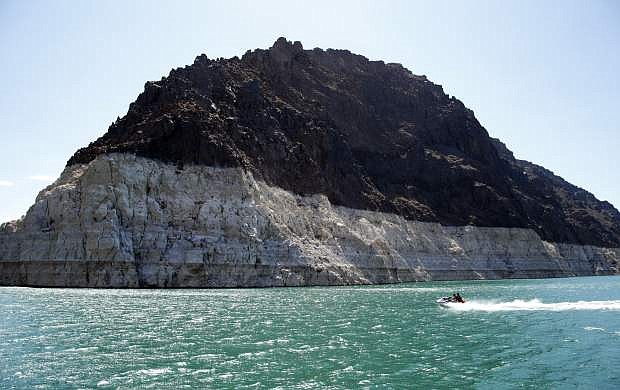 FILE - In this July 17, 2014 file photo, recreational boaters ride by a bathtub ring that delineates the high water mark at Lake Mead in the Lake Mead National Recreation Area in Nevada. Water managers in Las Vegas and the Los Angeles area have reached a deal to draw enough water to serve some 300,000 homes from the Lake Mead reservoir on the Colorado River and sell it to California. (AP Photo/John Locher,File)